by Ankit Singh
in Entertainment
0

Indian cricketers who fought poverty before making it big: It is a common belief that cricket is a religion in India. A large number of Indian cricketers are fan following. Which is equivalent to Bollywood celebrities. Due to his fame, he gets attractive brand endorsement deals from companies. In addition, the BCCI offers him excellent contracts. Which gives a huge boost to their bank balance every year.

Talking about the cricketers, most of the players of the Indian team had poor background. Their families found it difficult to meet both ends in childhood. But now these players are super-rich. Here is a list of five cricketers who became super-rich after playing for India. 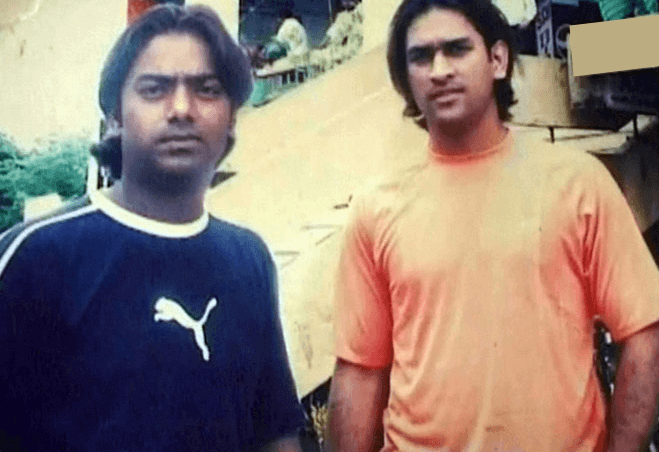 In this list have former Indian captain Mahendra Singh Dhoni. The right-handed batsman from Ranchi showed his journey to the world through the film MS Dhoni: The Untold Story. Why the 2011 World Cup winning captain had a tough ride. His father was the pitch curator. Who wanted his son to become a ticket collector. To accomplish the ends, Dhoni also worked in the railways. But eventually, he made it big in the cricket world.

Harbhajan Singh is one of the most successful Indian bowlers in all three formats of the game. However, before making Bhajji big internationally, he had to struggle with poverty. Once Virender Sehwag revealed that due to the financial condition of the family. Harbhajan Singh thought of becoming a truck driver. But, he managed to fight that face and achieve the stardom that he possesses.

Many cricket fans will be aware of the fact that Indian all-rounder, Ravindra Jadeja, had a rough childhood. Because his father was a security guard. While his mother was a nurse. They lived in government quarters. But due to his hard work and determination, Jadeja has become one of the best all-rounders on the planet. Now, everyone knows about their net worth, house and other properties.

A member of India’s 2011 World Cup winning team, Munaf Patel hails from a low-income family of Baroda. His father did not own his land. Therefore, he had to work in someone else’s farm. When the family faced many difficulties. So his relatives tell Munaf to join his father. But, he took the other route and became a cricketer. Earned crores of rupees with his fast bowling skills.

Royal Challengers Bangalore fast bowler Umesh Yadav is gearing up to return to the Indian cricket team. Due to his difficult childhood, he knows the art of never giving up. Umesh’s father was a coal miner. Who struggled to provide proper food to his family. Nevertheless, his son fulfilled his dream of representing the country on the cricket field.

The father of the Pathan brothers worked on a salary of only Rs 250 before starting for India. To make the dreams of his Pathan brothers come alive. He used to buy torn shoes for them and sew them. So that his son can wear shoes. The Pathan Brothers have come a long way and made their father and India proud.

As a journalist, I am never afraid of exposing the truth. The Scoop Beats ❤️

Virat Kohli had to pay Rs 3 lakh to watch an episode of Kapil Sharma, Here’s Know When

Today India has made a world record in the case of ‘Corona Vaccination’.

Delhi Air Pollution : The ‘Red Light On Gaadi Off’ campaign is starting in Delhi from Monday.

Why Anushka Sharma-Virat Kohli living apart from each other, the actress gave the reason on social media.

Madhuri Dixit has shared a special video on her 22nd marriage anniversary.

Kia launched the anniversary edition of Sonet, know the price and features.

Kia India has introduced a special edition on the first anniversary of its compact SUV Sonnet. Its...

The poster of Shehnaaz Gill and Sidharth Shukla’s last song ‘Adhura’ was released.

Delhi Air Pollution : The ‘Red Light On Gaadi Off’ campaign is starting in Delhi from Monday.