The front part of the tableau depicted a large humanoid sculpture suppressing the ill effects of drugs.

It is depicted as a cactus garden, with crossed arms and a head swaying to the right, sending a strong message against drugs.

The large hands in the back of the tableau represent Indians of all castes, religions, and regions spreading the vision of ‘Nasha Mukt Bharat.

On the sides of the tableau, people belonging to different parts of India are shown taking a pledge to fight drugs with the motto, “Together we can do it”.

At the lower part of the tableau, two hands joining in the form of a high contour, represent the participation, dedication, and solidarity of all stakeholders against drugs.

Besides the tableau, committed to its objective of making the nation drug-free, the personnel of NCB are seen moving along with the NARK-9 squad to accomplish their mandated work relentlessly and purposefully.

Under the guidance of Home Minister Amit Shah, the Narcotics Control Bureau (NCB) set itself up a special mission for 75 days to mark India’s 75th year of independence to destroy at least 75,000 kgs of confiscated drugs.

This target was achieved well in advance within 60 days. So far more than a lakh kgs of drugs and narcotics have been destroyed.

The Union Home Minister started this mission by destroying more than 31000 kgs of drugs by pressing the button on July 30 this year in Chandigarh.

Earlier, Union Home minister Amit Shah said in parliament that the drug menace is a serious problem that is destroying generations, and the profits being made from drugs are utilized for terrorism as well.

He said that the Narcotics Control Bureau (NCB) can conduct probes across the country. “NCB is ready to help each and every state if there’s a need to do an inter-state probe. Even the NIA can help the states if the probe needs to be conducted outside the country,” he added.

Twenty-three tableaux — 17 from states and Union Territories and six from various Ministries and Departments, depicting the nation’s rich cultural heritage, economic progress, and strong internal and external security rolled down the Kartavya Path.

Droupadi Murmu led the nation on Thursday in celebrating the 74th Republic Day from the Kartavya Path.

Building on last year’s celebrations, in the 75th year of Independence, being celebrated as ‘Azadi ka Amrit Mahotsav’, the celebrations this year were marked by zeal, enthusiasm, patriotic fervour, and ‘Jan Bhagidari’ as envisioned by Prime Minister Modi.

The week-long celebrations commenced on January 23, the birth anniversary of Netaji Subhas Chandra Bose. To mark the occasion, a one-of-a-kind military tattoo and tribal dance festival ‘Aadi Shaurya – Parv Parakram Ka’ was organized in New Delhi on January 23 and 24.

The events will culminate on January 30, which is to be observed as Martyrs’ Day. 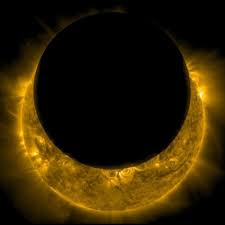 Last Mysterious Solar Eclipse Of 2022: Doors of Kedarnath & Badrinath temples will remain closed. Due to the solar eclipse

Last solar eclipse of 2022: As India and other places in the world gear up to witness a…
bySujata Sigroha

Ayodhya, the Land of Shri Ram has entered the Guinness Book of World Records by lighting up 15.76…
bySujata Sigroha