After Shikhar Dhawan, Indian fast bowler Bhuvneshwar Kumar has also been ruled out of the 3-match ODI series against the West Indies due to injury. Maybe Shardul Thakur can be included in the team in his place. However, no official statement has come from the BCCI so far.

Bhuvi suffered an injury during the T20 series against the West Indies. There is no precise information about where the injury occurred,  but it is believed that this is not a muscle injury, which he suffered during the World Cup. The Indian team has started practice in Chennai for the first ODI against the West Indies on Sunday. After training, bowling coach Bharat Arun said on Bhubaneswar’s injury that a statement would be issued after discussing it with the physiotherapist.

Shikhar Dhawan has also been ruled out of the ODI series against the West Indies due to Knee injury, during the Syed Mushtaq Ali T20 tournament. Mayank Agarwal has been included in the team in his place. Shardul played his last ODI in the Asia Cup in September last year. Bhuvneshwar failed to make his mark in the T20 series against the West Indies after returning from injury. He did not take a single wicket in the first two T20s while in the third match he took two wickets for 41 runs in 4 overs. Its remains to be seen how long Bhuvi and Sikhar will be fine.

Virat Kohli is currently holidaying in Maldives with his family. see photos

Virat Kohli : Many senior players have been rested for the Africa series. In such a situation, the…
byShreya Maheshwari 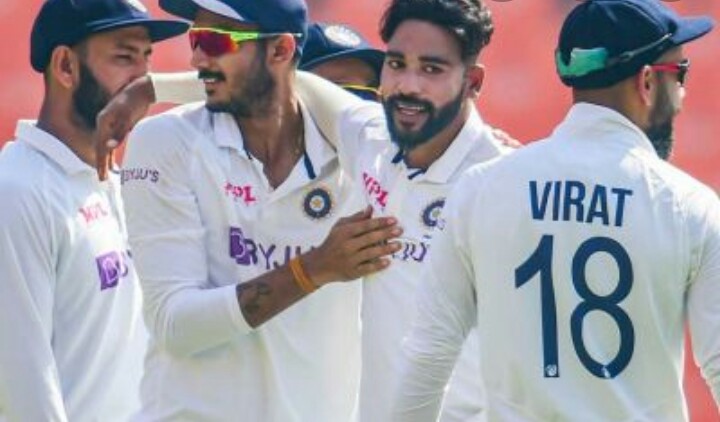 India vs England Fourth Test, England were bowled out for 205 runs in the first innings. India team still behind by 181 runs. IPL Auction 2022: Hugh Edmeades, the auctioneer, collapsed in the middle of the auction, but is now claimed to be stable.