Breaking through cages, realistic and metaphorical, BTS charged on the stage at their first concert since last year. Though online, style on point, RM, Jin, SUGA, j-hope, Jimin and Jungkook entered through the gates broken down with their own powerful singing of ‘ON’. Member V joined in from a chair at the side following the news of his muscle pain. 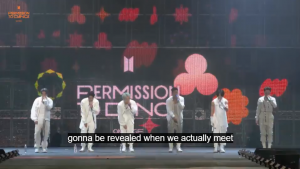 Over the beats of drums as the virtual cheering of their fans expanded, began ‘Burning Up (FIRE)’ adding to the ever-present hype around the boy group’s music. As we tuned in for more than 200 minutes of fun, just like thousands of others from their rooms, BTS marched ahead with ‘DOPE’ and continued with signature greetings that took us back to when these boys swept hands through their hair and threw flying kisses in stadiums full of fans.

The white warriorship continued with a powerful ‘DNA’ stage once again bringing forth the dance skills of the seven boys from South Korea. Dressed in long coats this time as impeccable vocals rang through in ‘Blue And Grey’, BTS left no stone unturned with a mesmerising capture of ‘Black Swan’ in its literal sense. Ruffles on outfits, feathers in the air, it was as if the bird had come alive right in front of our eyes. 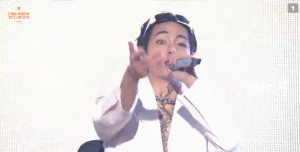 What came next had the BTS members ask each other if they were ready and indeed a hard-hitting choreography awaited in the form of a mash-up of the group’s instrumentally and visually appealing tracks ‘Blood Sweat & Tears’ and ‘FAKE LOVE’ under a moonlit stage. Member V joined for a picture-perfect end as one by one each of them detached from Jin’s hands to bring forth a story so desperate, leaving us waiting for more.

Hopping from a bed to a giant sofa in ‘Life Goes On’ the BTS carriage continued in the performance for ‘Boy With Luv’ giving us a vibrant look into the life of a fan. The love between the members ever so palpable, ‘Dynamite’ and ‘Butter’ stages came in like a breath of fresh air. Live trumpets blared in accordance with the larger than life agenda that the group is known to carry, we were taken to a party in their style.

In the matter of mind, PM Modi ji appeals for rainwater harvesting, water is more important than Paras, young people should not be tied in the old way, and what did Modi say-

https://g.co/kgs/wesXDX In the Mann Ki Baat program, PM Modi said- That in every society of the world there…
byShreya Maheshwari 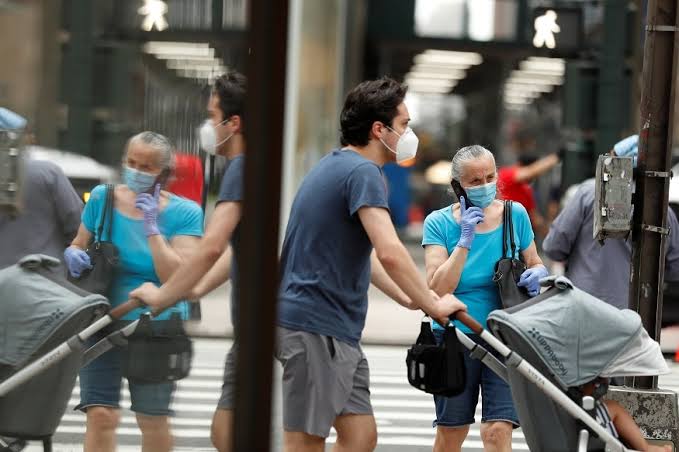 Coronavirus breaks all records in the US, 52,000 new cases in a day

In America, The Coronavirus has broken all records. In the United States, 52 thousand new cases of Corona…
byAnkit Singh

PM Modi will inaugurate Kushinagar International Airport, program is on October 20. According to the schedule, Prime Minister…
byShreya Maheshwari