No Result
View All Result
Home Other

According to a letter issued by Debashish Bose, Deputy Secretary to the Government of India, “It has been observed that some states are not supplying electricity to their

by Sahil Razvii
in Other
0

In a letter to all the State Governments and Distribution Companies (Discoms), the Union Power Ministry has requested all the States and Union Territories to utilize 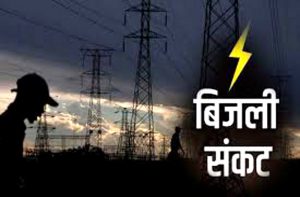 the allocated power of Central Generating Stations (CGS) only to meet the local consumer demand. In case of excess power, it asked the states to inform the ministry so that the power could be given to the needy states.

According to a letter issued by Debashish Bose, Deputy Secretary to the Government of India, “It has been observed that some states are not supplying electricity to their consumers and are imposing load shedding in some areas. Also selling electricity at a higher price.”

“Furthermore, if a State is found to be selling electricity at the Power Exchange or does not schedule this unconnected power, their unconnected energy may be temporarily reduced or withdrawn and other States may can be re-allocated to those who require such power.” 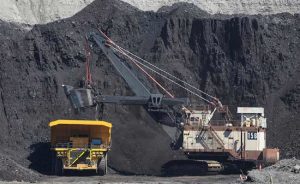 The letter comes on a day the Prime Minister’s Office (PMO) reviewed the coal supply and power situation as the government explores ways to ease the energy crisis in several states that have been facing power cuts for the past one week. .

Union Coal Minister Pralhad Joshi told the media, “We have continued our supply, even in the past despite the arrears. We are requesting them (states) to increase the stock. There will be no shortage of coal.” ”

Joshi said on Tuesday, “There was shortage of coal due to rain, which led to an increase in international prices from Rs 60 a tonne to Rs 190 a tonne. After this, power plants with imported coal would either shut down for 15-20 days. or produce very little. This put pressure on domestic coal.”

India is the world’s second-largest coal producer and has the world’s fourth-largest reserves, but a massive surge in electricity demand has surpassed pre-pandemic levels, causing shortages.

An October 11 government report showed 115 plants with severely low stocks, 107 with coal for five days or less. Generally, any coal-fired power plant should have a stock of up to 15 days.

The Union Power Ministry in its letter to the states and union territories also said that the demand for coal based power plants has increased at present. Long-term purchase agreements are signed with power generating distribution companies controlled by the central government, but 15% of their output is controlled by the center as “unallocated power”, which is given to the needy states.

Mohd Sahil known as Sahil Razvii is a Journalist by profession and musical artist by passion, he is also the founder of Newsglobal. in News website, Co-Founder of Razvipost. in and & He is also the Uttar Pradesh Social Media Head of Tipu sultan party (tipusultanparty.co.in) Tipu Sultan Party is a National Party which is registered by Indian Election Commission. He is also the author of the book "Keys of blogging in 2021"

The first song ‘Aila Re Aillaa’ from Rohit Shetty’s film ‘Sooryavanshi’ was released.

Aryan Khan's bail application will now be heard on October 14.

Now you will not be able to share Netflix account with friends, new feature coming, and know Netflix mobile plan.

These Indian Political Leaders are top in the American firm survey