Ola Electric Scooter : Ola Electric has confirmed that the Ola Electric Scooter will offered with the reverse mode. The company’s CEO Bhavish Agarwal posted a video on social media of the Ola e-scooter driving in reverse gear, with the caption, “A revolution to reverse climate change!” Ola electric scooter is going to launched in the country on 15th August.

The company has indicated that the riders will be able to operate the reverse mode on the e-scooter even at high speed. You can reverse Ola scooter with incredible speed, the company wrote on its official Twitter handle.

The Ola e-scooter is available for booking at a token amount of 499.

The Ola e-scooter is currently available for booking for a token amount of Rs.499. This amount is refundable i.e. money will refunded to the customer on cancellation of booking. The company has so far received bookings from over 1,000 cities across the country since it started booking in late July. The scooter is expected to cost around Rs 1 lakh and may come down further after subsidizing the states. The company may adopt a direct-to-home sales model for its first e-scooter. There have been several reports suggesting that Ola Electric may adopt Tesla’s model. Under which the company’s dealers are not partners, and instead accept online bookings.

Will be offered in three variants. 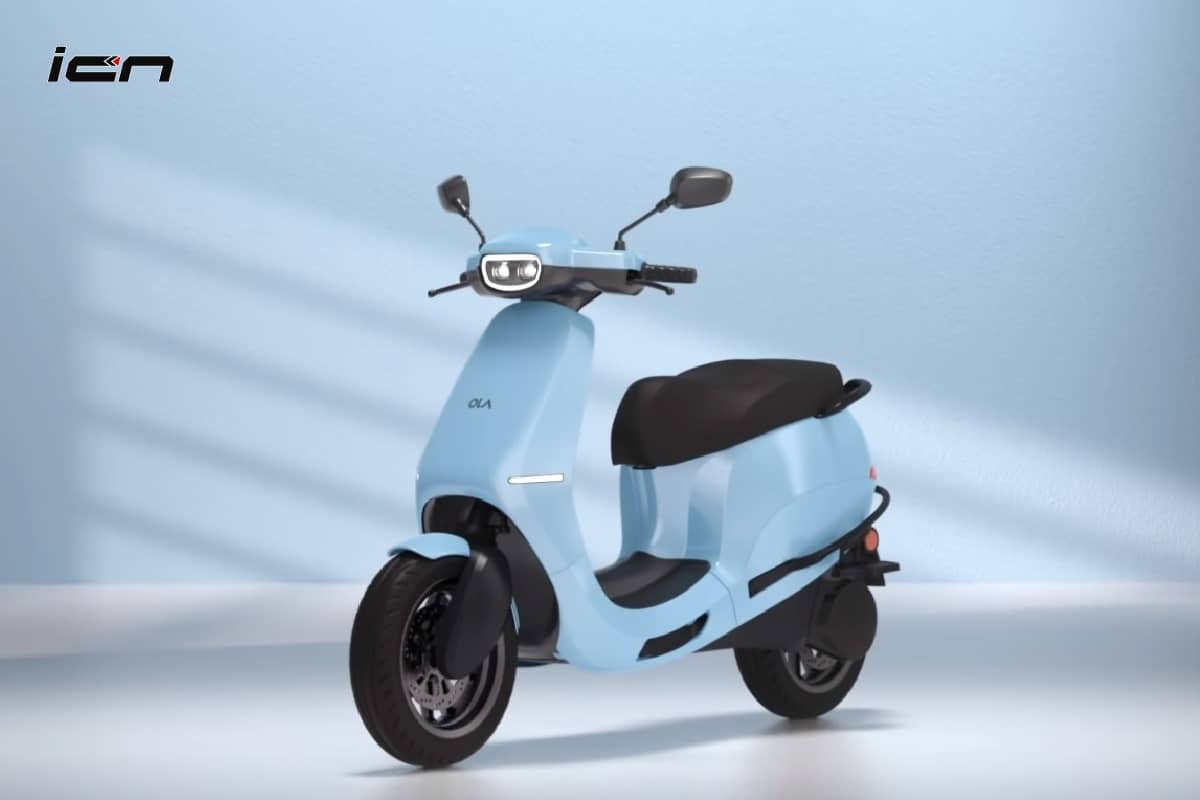 What will be the speed?

According to media reports, the Ola electric scooter will come with a speed of 100 kilometers per hour. However, recently the company made such a gesture, after which most of the discussion about this scooter is that once fully charged, it can cover a distance of up to 150 kilometers. Even though an electric scooter is primarily meant for city commuting, a great top speed can make it a great option for occasional highway commutes.

The Ola electric scooter is likely to have an electric motor between 3 Kw and 6 Kw. It can generate peak torque of around 50 Nm. Using the company’s charger network, the Ola scooter can charged up to 50 percent in just 18 minutes. After which it can easily cover a distance of up to 75 kilometers. It will take around 2 hours 30 minutes to get fully recharge. With the purchase of the Ola scooter, a home-charger unit will also be provided to charge it at home. However, if plugged into a regular home charging point, the electric two-wheeler can take up to five and a half hours to charge from zero to full.

The Ola electric scooter will come in 10 colours.

Regarding the Ola electric scooter, the company has confirmed that the scooter will offered in 10 color options – Red, Blue, Yellow, Silver, Gold, Pink, Black, Blue, Gray and White. The company may adopt a direct-to-home sales model. Like some premium smartphones – the option of ‘buy online’ and ‘home delivery’ can actually benefit the company.

According to the cab-aggregator-turned-EV maker, the first phase of the electric scooter plant – Ola FutureFactory, will commissioned soon. More than 10 million man-hours have planned for the factory to be operational in record time. The factory will be able to launch 20 lakh electric scooters in the initial phase. The mega factory will act as Ola’s global manufacturing hub for a range of electric two-wheelers. The EVs manufactured at this plant will sold across India and exported to international markets such as Europe, UK, Latin America, Australia and New Zealand.

The Ola factory is being claimed to be the most automatic in India. As it will be powered by Ola’s own AI (Artificial Intelligence) engine and technology stack that will be deeply integrated into all factory operations. About 5,000 robots and Automated Guided Vehicles will be deployed once the factory is fully operational. Furthermore, the company claims that 10,000 jobs will be create in this factory despite the induction of Industry 4.0 technology.

Also Read – Coronavirus : 38,628 new cases of corona were registered in the last 24 hours, the figure of corona vaccination crossed 50 crores.

This is India's first electric supercar made by Mean Metal Motors of Bangalore. View Features & Prices.

Car Offer : Great offer on the purchase of Kia Carnival, you can save up to Rs.3.75 lakh on purchase.

When Ibiza pictures of Deepika Padukone Katrina Kaif and Ranbir Kapoor were leaked.