On this occasion, PM Modi said that due to this portal, more people will come forward to take loans.

On Monday, Prime Minister Narendra Modi launched the Jan Samarth Portal as part of the Amrit Mahotsav being celebrated on the occasion of 75th year of independence. At the same time, he also issued a special series of Indian coins. On this occasion, PM Modi said that due to this portal, more people will come forward to take loans because all the credit link schemes of the Government of India will now be available on a single portal. This will make the life of students, traders, businessmen, farmers easier. Now students will be able to easily get information about which schemes of the government can benefit them.

PM Modi said that through the portal, youth will be able to get information about Mudra loans to startup loans. The youth, middle class of the country will get a platform for end to end delivery. This will help in increasing self-employment. Nowhere in the world has the work of financial inclusion been done on such a large scale. During this, in relation to the free grain scheme, he said that the said scheme freed 80 crore people from the fear of hunger.

At the same time, in relation to the series of new coins. It was said that the new special coins that have been issued will remind the common people of Amrit Kaal. In the past, the country has borne the brunt of government-centred governance. But today the India of the 21st century is moving ahead with the approach of people-centred governance. In the changes that the country has made in the last eight years, great priority has also been given to the youth of our country to get full opportunity to show their potential. Our youth can easily open the company they want, they can easily create their enterprises, they can run them easily. 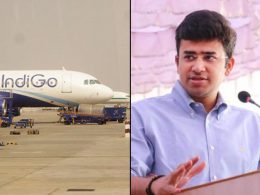 RBI Monetary Policy: There is good news for those saving through the Fixed Deposit. Know how

Amidst the discussion of the Ramayana on Doordarshan, there was sudden news that the mother-in-law of Bollywood actor…
byAnkit Singh

The day of 25 April is critical in the history of Doordarshan. It was the day in 1982…
byRajesh Gandotra