by Riya Dilguri
in Bollywood
0

Bollywood actress Sara Ali Khan is very fond of traveling. Whenever the actress gets a chance, she just picks up the bag and sets out on a new journey. These days, Sara Ali Khan is on a Maldives tour and is constantly sharing her beautiful pictures from there. Recently she has shared her photo in bikini. In which she is looking beautiful in Bala.

The photo is becoming increasingly viral on social media.

Sara Ali Khan has become a famous Bollywood actress in no time. Sara, who made her debut with the 2018 film ‘Kedarnath’, has crores of fans on social media, who eagerly wait for her post. She also shares her pictures every day. Sara Ali Khan has once again shared a photo of herself, which is becoming increasingly viral on social media at this time. Sara’s glamorous style is being made in this picture.

Sara shared the photo on Insta.

Sara Ali Khan has shared this photo on her Instagram account. In the photo, she can seen wearing a bikini and lying on the tree in a very beautiful way. Sara has shared this photo on her Instagram story. In this, the actress can seen in pink and orange color bikini. Sharing this, he has written, ‘What you are looking for in the twigs, do you know that it is in the roots’. Apart from Sara in this photo, people are also very fond of the beautiful view there. It is worth noting that Sara Ali Khan has gone to the Maldives for a holiday, from where she is constantly sharing many pictures one after the other. 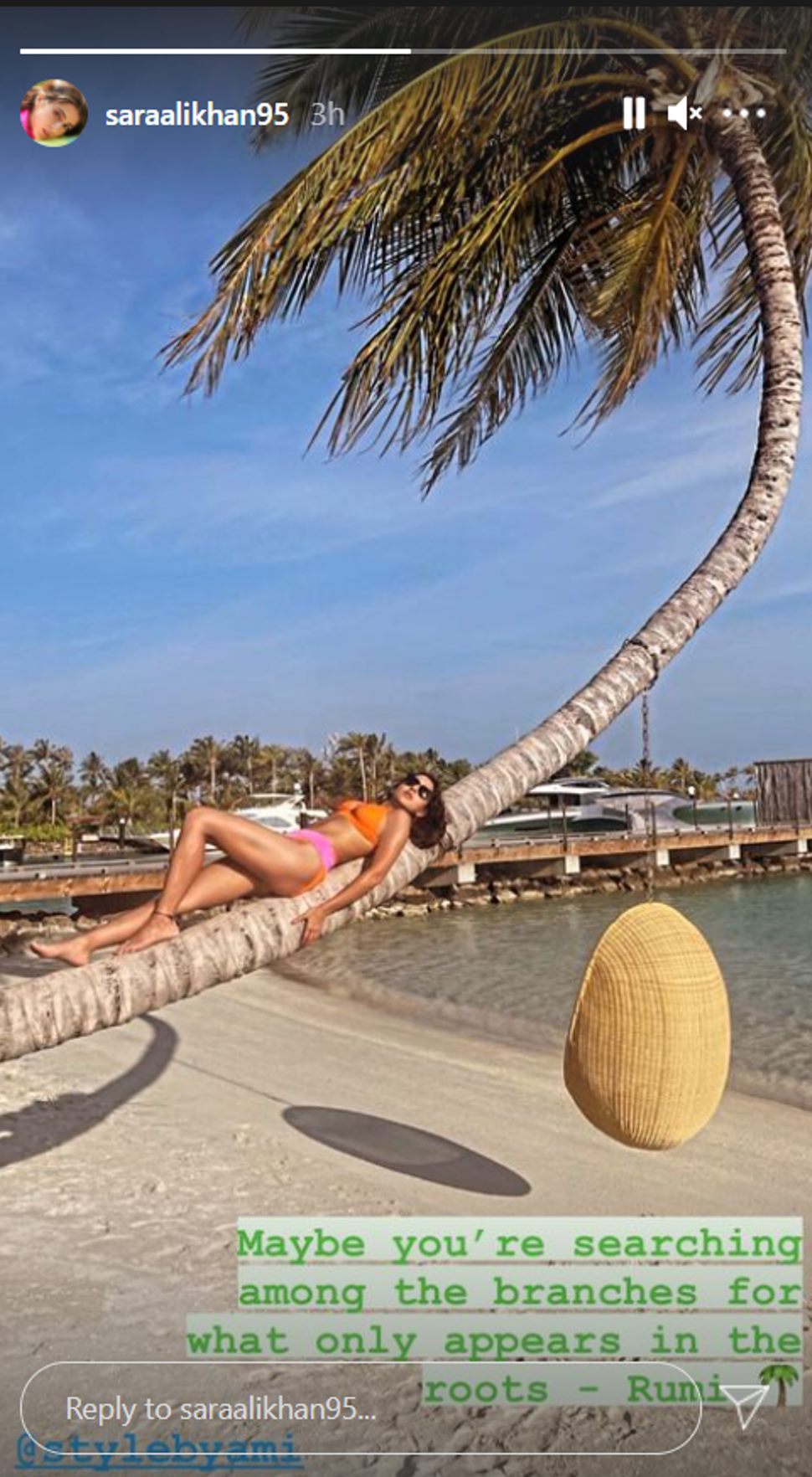 Talking about Sara’s work, she will soon seen in a film named ‘Atrangi Re’ with Akshay Kumar and Dhanush. Apart from Kedarnath, Sara has so far appeared in selected Bollywood films like ‘Simmba’, ‘Love Aaj Kal’ and ‘Coolie Number One’.

Do you Know, This Actor Stealing Ranveer Singh girlfriend during their college days

Do you know, These Bollywood Celebrities have also worked in Hollywood