Tata Tigor EV 2021 : Tata Tigor EV has finally been launched in India. The country’s leading automaker Tata Motors has launched its new Tata Tigor EV with Ziptron technology. The company also gives this ziptron technology to the Tata Nexon SUV. Tata Motors has been selling the Tigor EV in the domestic market for a long time. These electric cars have been used mostly in government fleets. The new Tigor EV 2021 aims to directly attract buyers who are looking for a battery-powered passenger car with a good range. Compared to the outgoing model, many updates have been given in it. The Tigor EV has now become the first electric car to be safety crash tested by Global NCAP and has received a 4-star safety rating. 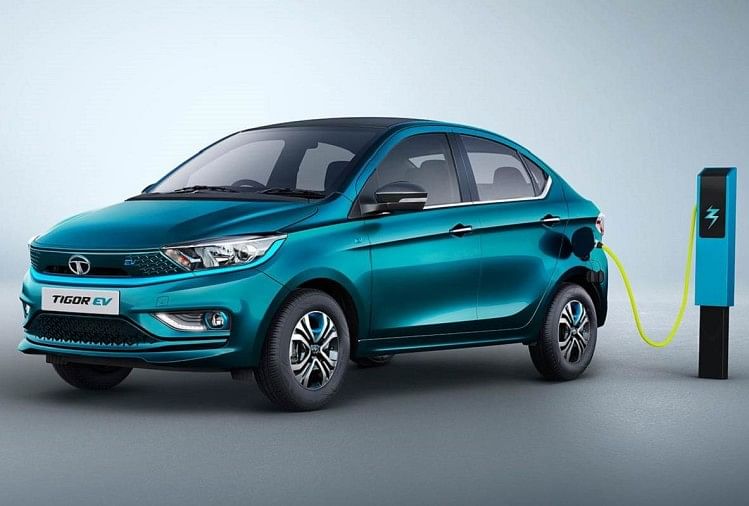 Equipped with Ziptron technology, Tata cars come with a high voltage 300+ volt permanent magnet electric motor. The company claims that it is more powerful than the 72V AC induction-type motor found in the current Tigor EV. The automaker claims that the Ziptron technology has been given in the new Tigor EV, which will give better performance than the outgoing model. 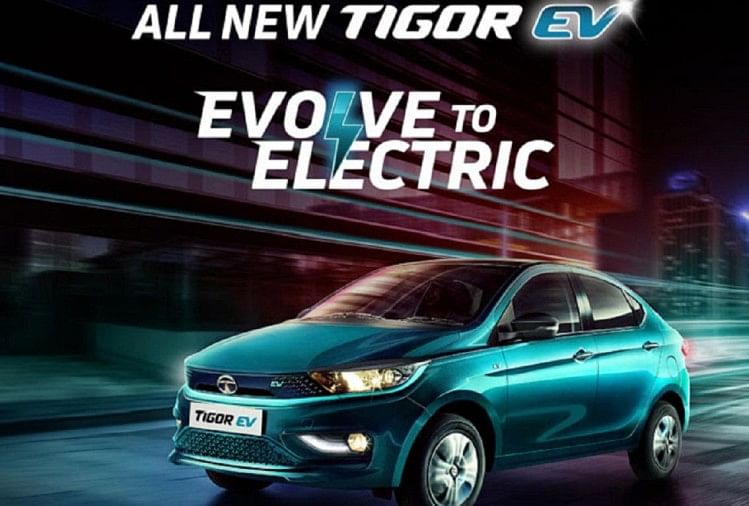 It gets an IP67 26 kWh lithium-ion battery pack. Its electric powertrain generates power of 75 hp and torque of 170 Nm. The new Tigor EV car can accelerate from 0 to 60 kmph in 5.7 seconds. Tata Motors claims that the battery pack uses custom built thermal management. Tata Motors claims that the battery can also be charged with a fast charger and 15A home socket. With the fast charger, the battery will be charged up to 80 percent in an hour, while it will take 8 hours to charge at home. The battery pack is IP67 water and weather proof. Along with this, the company is also giving a warranty of 8 years and 160,000 km.

Tata Motors claims that the Tigor EV can cover a distance of up to 306 km on a full charge. This figure is certified by the Automotive Research Association of India (ARAI). Which is much higher than the driving range of the old model. The standard version of the previous model of Tigor EV had a range of 142 km and the extended version had a range of 213 km. The new Tigor EV car comes with automatic transmission drive and sports mode. The car runs on low-rolling-resistance tyres, which results in a 10 per cent lower resistance. 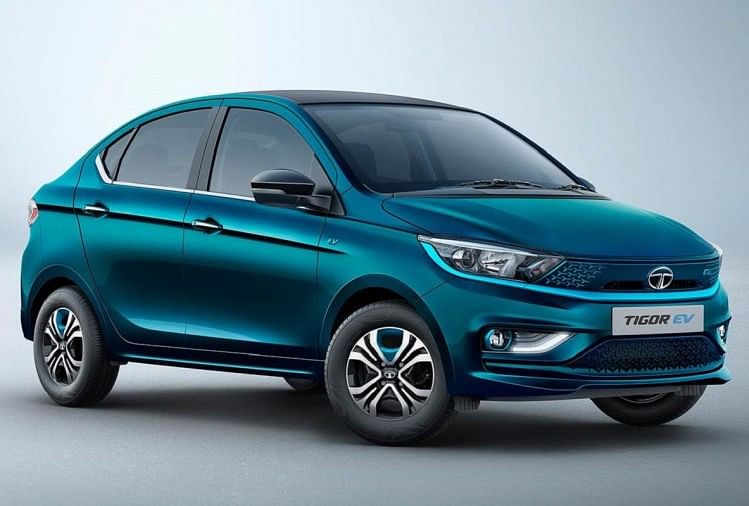 The Tigor EV is offered in three trims and two color options. The bookings for the Tigor EV were started earlier this month for Rs 21,000. Shailesh Chandra, President, Passenger Vehicle Business Unit, Tata Motors, said, “We are excited to launch the Tigor EV powered by the capable Ziptron technology. The Tigor EV is an ideal choice for all aspiring sedan buyers looking for a vehicle that will suit their needs. It is technologically advanced, comfortable and high on safety standards, and is eco-friendly as well.” 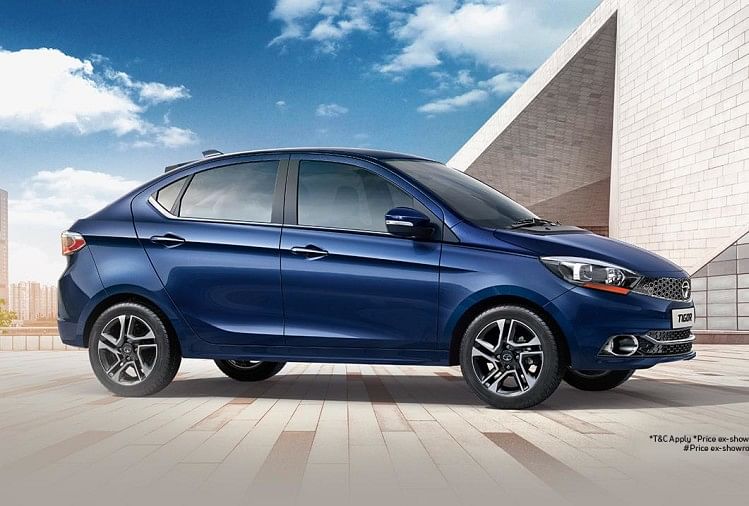 Also Read – India made a new record in corona vaccination, 1.09 crore vaccines were administered in a day.

The new Tigor EV has been introduced with a completely new design. In terms of looks and styling, the new Tigor EV is based on the standard Tigor facelift that was introduced early last year. Although it looks similar to the ICE (Internal Combustion Engine) version, there are some changes in it. The biggest change is that instead of the conventional grille, it has been given a gloss black panel with electric blue accents. The car gets sleek headlamps with projector units. The front grille and front bumper have also been updated. The wheels get blue colored accents which speaks to the zero-emission character of the subcompact sedan. 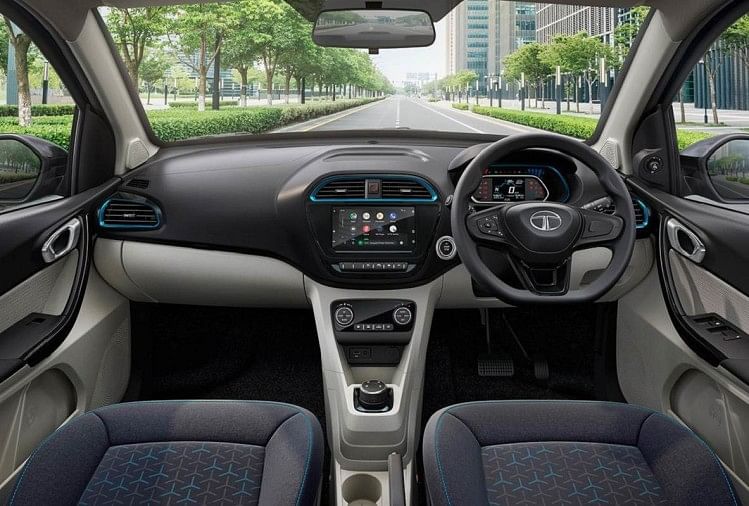 Talking about the cabin of the new Tigor EV, it gets a lot of changes compared to the outgoing model. The new Tigor EV gets blue accents on the dashboard and seats, similar to the Nexon EV. It gets a 7-inch touchscreen infotainment system connected to Harman audio system. It also gets more than 30 connected car features. Talking about other features, it gets electrically adjustable ORVMs, a silent cabin, automatic climate control, push-start button. 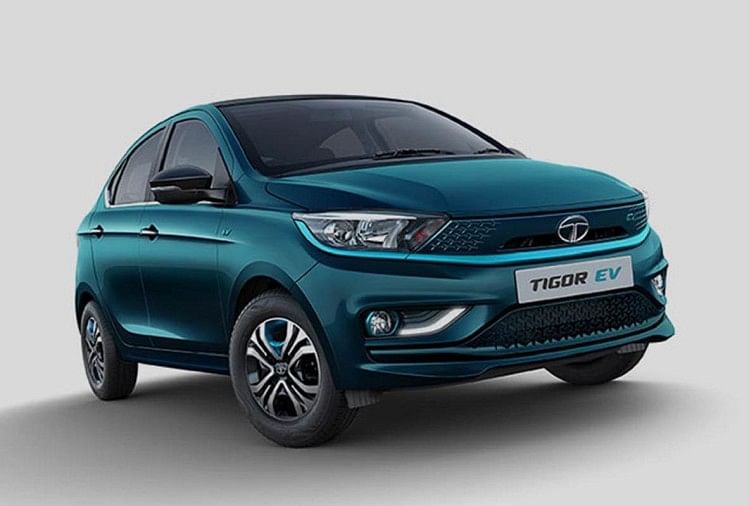 The entry level XE + variant of this car has been priced at Rs 11.99 lakh. While the XM variant costs Rs 12.49 lakh, the XZ+ variant costs Rs 12.99 lakh and the top variant XZ+ (DT) that comes with the dual tone paint scheme costs Rs 13.14 lakh. The car is offered in two colours, the Signature Teal and Daytona Grey.

Also Read – itel new smartphone will be launched in india soon, big display with big battery will also be available.

US President Joe Biden while addressing the nation after the withdrawal of troops from Afghanistan said that our mission was successful.

Ministry of Home Affairs : VPN Should Be Banned In India

Teaser launch of ‘Major’, will pay tribute to Major Sandeep, martyr of Mumbai attack. Launching event due to Corona.